Synopsis
'I Am a Miner's Son' consists of recordings of a flooded mine in southwestern Poland and an abandoned hotel in Greece. It is a wandering through used up spaces which were given a new life, which are infected by chaotic rashes of social techno-subconscience. The life of these places is suspended in inertia and growing entropy, they are byproducts of the capital's accumulation, where a new logic emerges. Desires generate there exuberant structures which give sense to the existence, an imagined content which invisibly penetrates the reality. The content accumulated in the network constitutes the collective subconscious, and starts seeping back into the offline world, in forms of objects of fear and desire. Recorded material is intertwined with digital interventions blurring the distinction between the real and the made up, the visible world is subjected to editing, accentuating, cleaning, adding some and reducing other elements, which are typical strategies of changing regimes creating own visions of reality.
Stills 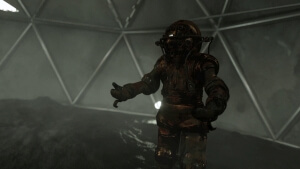 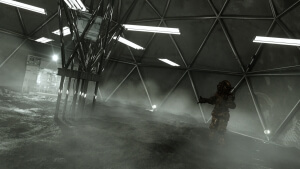 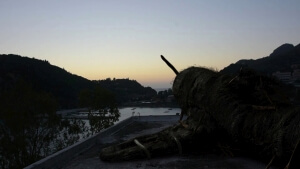 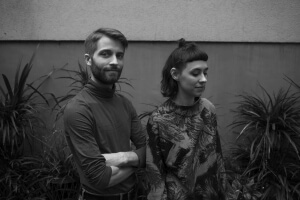 Michał Soja (b. 1994, Krakow) has studied at the Academy of Fine Arts in Munich, Zurich University of the Arts, and the Academy of Fine Arts in Krakow. He has presented his works at international film festivals, such as Kurzfilmtage Winterthur 2018, 19th Guanajuato International Film Festival, 26th ‘Message to Man’ International Film Festival, St Petersburg, received Best Film Award at Beyond Festival in ZKM Karlsruhe 2018. He also exhibited his works in venues such as: Fondation Hippocrène, Paris, Brno House of Arts or Le Murate Progetti Arte Contemporanea in Florence.

Róża Duda (b. 1993, Lublin) has studied at the Academy of Fine Arts in Cracow, Vienna, and ZHDK in Zurich. Her works have been exhibited in solo and group shows in Poland and abroad e.g. Brno House of Arts (CZ), Municipal Gallery, Poznań (PL), Fondation Hippocrène, Paris (FR). She has presented her films at Polish and international festivals, such as in Limited Access Festival VII, Tehran (IR); Beyond Festival, Karlsruhe (DE).
Filmography
View The Film
I Am a Miner's Son - Róża Duda, Michał Soja