Synopsis
SUPER RZECZ (Super Film) is an animated short film based on a contemporary mass culture. It is an homage to american movies, TV series and cartoons from the second half of the 20th century. The action takes place in an artist's sketchbook. That's where opposing realities of doodles, special effects, Hollywood movies, cartoons and corporate logotypes collide. Everything gathered together leads to an inevitable end, revealing totally different, much greater reality.
Stills 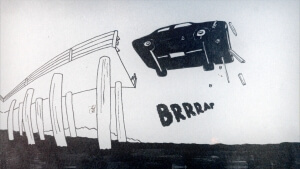 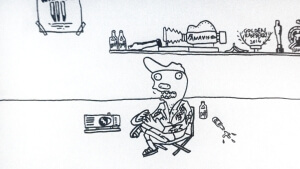 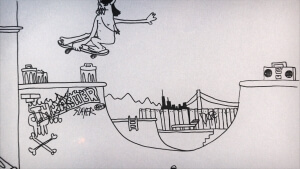 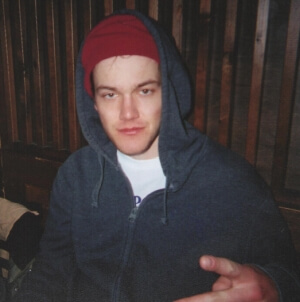 Piotr Kabat bio - A typical early 90s kid. Raised on TV tube glorifying the culture of USA of the 20th century. Throughout his life engaged in a lot of seemingly unrelated activities. From filming ski and bike videos, through drawing and painting to working on post-production and animation in foreign music videos. Graduated from Academy of Fine Arts in Cracow at Animation in 2015.
Filmography
View The Film
Super film - Piotr Kabat [ENG]